The Sisters of St. Charles Borromeo > Our Patron

Charles Borromeo, a cardinal and Archbishop who was one of the most important figures of the Counter-Reformation in Italy. He is the patron saint of bishops, cardinals seminarians, and spiritual leaders. Borromeo received a doctorate in civil and canon law from the university of Pavia in 1559. The following year his uncle, Pope Pius IV, appointed him a cardinal and archbishop of Milan. Chief among his curial functions was heading the Consulta, a position that made him secretary of state to Pius IV. St.Charles directed the third convocation of the Council of Trent (1562–63). When the council closed, Borromeo served in executing its decrees and was largely instrumental in bringing out the Roman catechism in 1566. Upon the death of his uncle, Borromeo took part in the conclave that elected Pius V (1566).

St.Charles fostered clerical education to combat the threat of Protestantism and established seminaries and colleges at Milan and in the Italian cities of Inverigo and Celano. Borromeo’s heroic behaviour during the plague of 1576–78 won him much respect, and he gave away much of his wealth to feed the hungry and care for the sick in Milan.

In 1584, during his annual retreat at Monte Varallo, he fell ill with “intermittent fever and ague”, and on returning to Milan grew rapidly worse. After receiving the Last Sacraments, he died quietly on 4 November at the age of 46.

He is known as the “Father of the Clergy”.

Born Count Carlo Borromeo on the morning of Wednesday 2 October 1538 in the castle at Aron, diocese of Novara, Italy and he died at  8:30pm on 3 November 1584 of a fever at Milan, Italy.

His will named the Hospital Maggiore of Milan as his heir.  He is buried in the metropolitan cathedral of Milan – the famous “Duomo Milan”.

His relics were transferred to a chapel built by Count Renato Borromeo in piazza San Maria Podone, Milan on 21 September 1751.

St Charles was Beatified in 1602 by Pope Clement VIII and Canonised on 1 November 1610 by Pope Paul V. 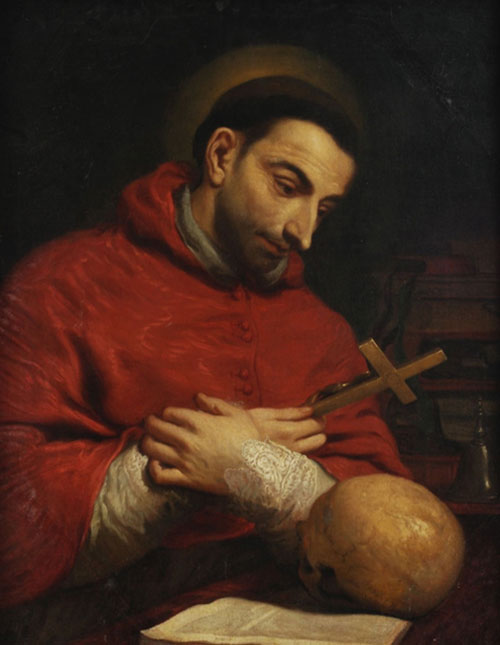 Doctrine was at the heart of his pastoral ministry. Trent had codified dogma and made it the basis of its reforming decrees. Charles carried this message that the truth itself was the best foundation of pastoral ministry. He reformed recalcitrant monks and nuns, calling them back to fidelity to their oaths and vows, rather than tolerating their laxity. Indeed one decadent member of the order of the Humiliati even tried to assassinate him at prayer, firing a point blank shot that miraculously left him nearly unharmed. He himself was one of the saints in charge of the Roman Catechism and the founder of the concept of Sunday school for lay children, educating them in the rudiments of the Catholic faith.

He brought to the streets of Milan, Truth incarnated as a person, both in the Blessed Sacrament and in his life of imitating Christ. There was no divorce between his pastoral and doctrinal responsibilities, such a novel idea would have been treated by him as the worst form of heresy. For Charles, Christ the Merciful was Incarnate Truth itself.

He retained a simple devotion to Our Lady of Loreto and ministered personally to the plague victims of the city, spending his personal fortune for their relief and walking barefoot in sackcloth and ashes in penance for them before God. 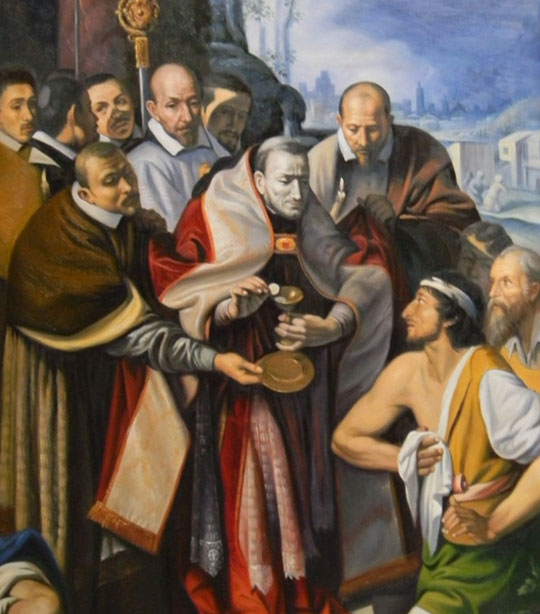 He came in full pontifical regalia, bearing the crucifix, and pronounced a public excommunication at their door. A supporter of the disobedient church fired a shot at him, which was blocked only by the Cross of Christ he bore. He tirelessly traveled to the rural areas of his diocese, especially the Alpine valleys that suffered under heresy.

To the peripheries he went—areas ignored by his noble predecessors—but Charles did not go there to confirm the people in their error, he came to bring the freedom of Truth. He took his duty of visitation seriously, removing the corrupt, correcting the erring and ensuring the proper celebration of his beloved Ambrosian rite. 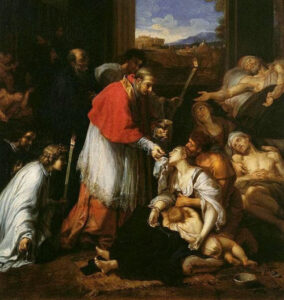 He was a friend and confrere to many of the saints of the Catholic Reform, St Francis Borgia, St Philip Neri, Bl Bartholomew of Braga and many others, having a special predilection for the English priests who would later be martyred. His solicitude for the liturgy was exceptional, knowing it to be the key to the spirituality and doctrinal fidelity of the laity. Indeed, once he wanted to bless a cemetery but abandoned the idea when he discovered he did not have the requisite pontifical vestments.

The service of God demanded the very best at all times. On his deathbed, he forbade the saying of Holy Mass in his room, considering it unfit for the sacrifice of the Mass and insisted on being vested in Rochet and Stole for the reception of his Viaticum.

This was no violation of Humilitasbut rather its highest expression: utter, complete and humble service to his position as the successor of St Ambrose. He lived simply, devoutly and penitently but when he executed his office he bore the eight of tradition, history and doctrine. 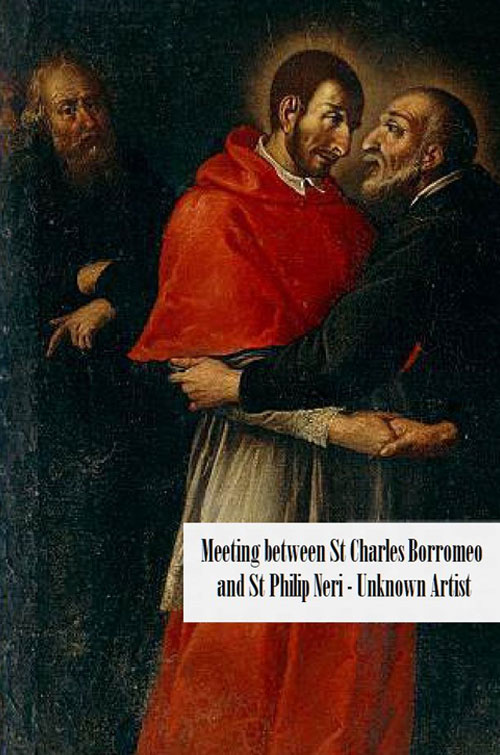 Charles was beloved by his people of Milan and was respected by all throughout Europe, being rapidly canonised in the year 1610. His life demonstrates the fallacy implied by the words of a contemporary cardinal, who declared that mercy and doctrine were equal parts of revelation. Charles would have known that such a statement was nonsensical and opposed to the definitions of Trent (and Vatican II for that matter). He would gently correct his colleague. Mercy is part of the doctrine of the Church but, more to the point, the whole and complete doctrine of the Church is mercy for a fallen humanity. Truth is mercy; error is slavery. St Charles demonstrates for us that the Church needs reform in every age but it must be a reform that results in a re-conformation to the Face of her Founder. May the example of the holy bishop of the Counter Reform (who kept an image of Sts Thomas More and John Fisher on his person) animate those who would make novel arguments contrary to the faith of Christ.